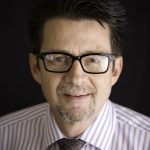 If government funding of independent schools were to stop, the impact on Christian schools would be immediate, according to Philip Hills, Executive Director for Western Canada of the Association of Christian Schools International (ACSI).

Although there is currently no suggestion government funding will end anytime soon, some political activists have suggested this would be desirable for the public purse. Parents, they say, would have no problem paying for what would amount to a 50% increase in tuition fees.ment funding of independent schools were to stop, the impact on Christian schools would be immediate, according to Philip Hills, Executive Director for Western Canada of the Association of Christian Schools International (ACSI).

“That’s simply not true,” says Philip. “Based on the Ontario example — where schools like ours get no funding whatsoever — we estimate our enrollment would go down 90%.” This is because data shows that, on average, families attending Christian schools are not financially better off than families attending public ones. “We have a significantly higher percentage of low-income families than public schools,” he notes. This is particularly true of member schools like Heritage Online School where most families have only one working parent.

Just as important, though, the result of stopping to fund independent schools would also have devastating results for the public system, Philip notes. Currently, parents at Christian schools pay tuition that covers 50% of the cost of their children’s education, and 100% of the cost of building, property and other capital expenses. These additional expenses would then, inevitably, be redirected to the public system, which would end up costing the taxpayer far more.

“We’re not only actively supporting our own children in our schools, we’re also supporting kids in the public system,” he says, “Our parents are willing to pay for a significant cost of the cost of their children’s education. The privilege we get is a respect for parents right and faith values.”

While some people like to knock Christian values, Philip says it’s important to respect all viewpoints. “We are very much opposed to the polarized conversations that are happening in the public squares these days,” he says. “We train our students to represent their world view with the utmost respect, and to test it against reality.”

As an historical example of someone who held a Christian view with a respectful posture, he cites the celebrated writer C.S. Lewis, author of the Chronicles of Narnia series and many non-fiction books. And for examples of contemporary people holding similar values, he names the former Governor General David Johnston, the former Canadian Ambassador for Religious Freedom, Andrew Bennett and the  current Lethbridge-based Member of Parliament Rachael Harder.

As a longtime teacher and principle, Philip graduated from UBC’s education department in 1986 and was then hired by the Chilliwack school district where he worked as a public-school teacher of nine years. From there, he was invited to apply for the job of principal at Valley Christian School where he worked for six years. From that position, he went to Mennonite Educational Institute where he was principal of the school in Chilliwack for 12 years before becoming regional director for ACSI in 2007.

In that last role, he joined the FISA board and is a big advocate for both the function and the quality of the group. “There is exceptional unity among all the stakeholders in FISA,” he says. “It’s an incredibly diverse community but because we’ve identified common ground – a desire for flourishing children and a respect for parental choice – the best ideas usually rise to the surface.

“Even when dealing with contentious issues, we do not demonize any value holder. We respect our common desire for a diverse system and parental choice.”