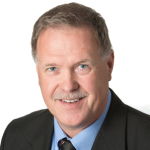 Ed Noot, Executive Director,
Society of Christian Schools in BC

Western society is almost entirely secular, but if there’s one core value it shares with those who hold religious beliefs, it’s the concept of choice. We all believe we should be able to choose the politicians we elect, the products we buy, and the way we educate our children.

For Ed Noot — the executive director of the Society of Christian Schools in BC — educating children in a way that embodies Christian values represents the core of his life’s work.

The first school in his Society was established in 1949. Today, the group is a network of 32 school societies on 39 campuses with more than a hundred principals and administrators, a thousand teachers and support staff and about 13,000 students.

“The biggest misunderstanding is that our schools are full of religious fundamentalists,” Ed says. “Instead, the teachers and the board members are very thoughtful, caring and community-oriented people of deep faith.”

While some people have no interest in religious education, they are already well served by the BC Public School system. But for those who hold deep Christian values,  they want to see these values reflected in the curriculum, policies and procedures of their schools. As well, they seek teachers and principals who are strong role models.

Most of the schools in the Christian group are relatively small, ranging from only 60 students (K to 7) to as many as 1,400 (K to 12), but according to Ed, the breadth of programing is “amazing.” Some schools are able to offer IB programs, AP classes, shop and work experience programs.

As with all Independent schools in BC, the government contribution covers no more than 50% of operating costs (and all land and building/equipment costs are entirely the responsibility of the Independent school.) As a result, all parents must pay tuition fees and be responsible for fund-raising projects.

Yet the parents at these schools are far from wealthy. Tuition varies from school to school, ranging from a low of $4,000 per year per student to a high of $10,000/year, depending on the location of the school. (tuition rates are highest in Vancouver, reflecting the high cost of property values in the city.)

Every school in the Christian group offers financial assistance for families who struggle and most of them also offer some sort of family rate. For example, tuition might be $6,000 for the first child, $8,000 for two, and $10,000 for three.

According to Ed, his group is working to develop a heightened awareness of how Christian schools can be a critical and vital part of the community in which they live. “Some of it revolves around service activities – like picking up garbage – or connecting with seniors in seniors home,” he says, noting that activities can go far beyond those efforts. Some students, for example, have done research on community issues and made presentations to municipal councils.

“The students are saying ‘let’s do something that’s of real value,’ and then ‘let’s find a way to present this to a real person,’ ” Ed says. It’s another example of how core values can give back to the community.